the DDT FREEING ITALY FROM MALARIA 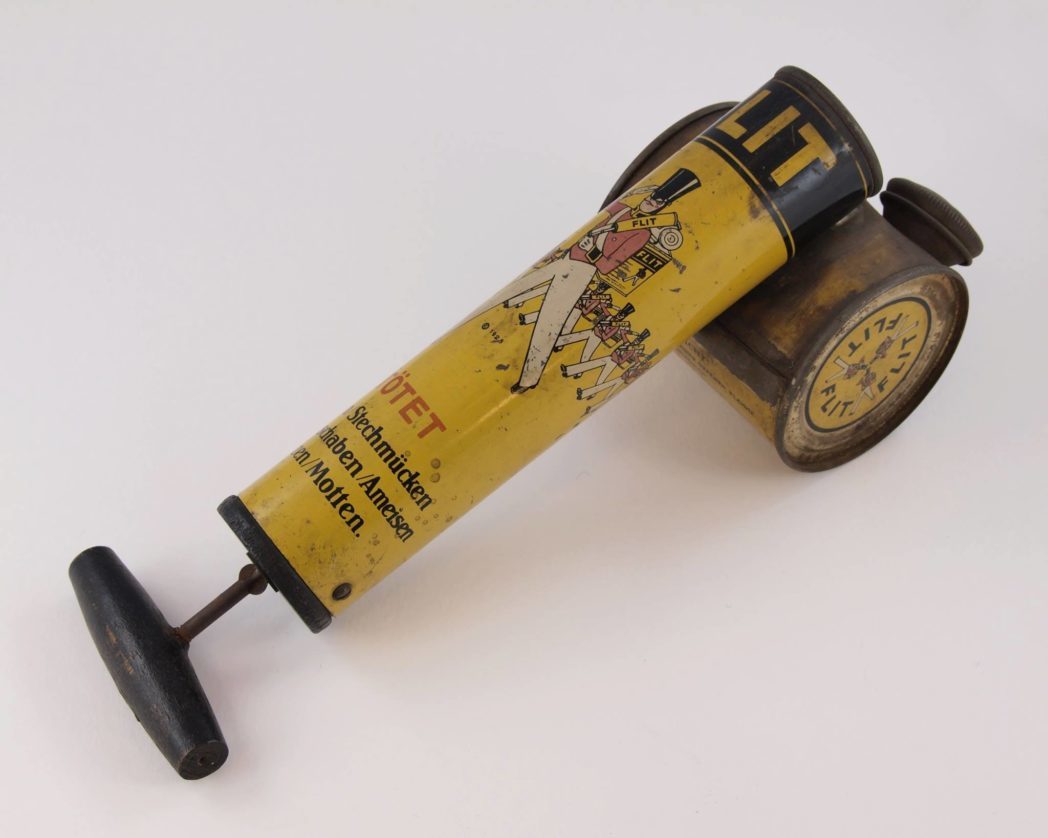 A battle that our apes carried ruthlessly was that of flies, one of the major carriers of disease. It is not difficult to imagine that they proliferate where hygiene was poor, especially during the hot times and during the harvest. Until the 1960s, two revolutionary solutions were used to stem the problem inside the homes: the invention of mosquito paper and the arrival of Flit.

The mosquito paper, usually hanging on the lampshade, was so functional in the house, but the agonizing insects remained full days in a beautiful sight creating a “cemetery of flies” that would provide an indecent sight for the eyes. So, straight from America, this was the first insecticide in history, the Flit. The name would be the acronym of Fly-Tox, which is toxic to flies, but the word itself, to repeat it aloud, seems to be anomatomatic, evoking the noise emitted at the time of fluid nebulization. The Flit was a patent that changed the story: in the post-war American planes dropped infinite quantities of this insecticide, reclaiming entire areas of the planet from malaria, including the territory of the Ibleans.

The home-made pump was definitely practical for housekeepers. Many people still remember this kind of bicycle pump at the top of a sheet metal jar that, filled with chemical lotion, escaped thanks to the compressed air action. How was it used? The doors and windows of the room were closed, a semi-darkness was created, leaving a glimmer of light. With a fanfare they fought the flies, the ones left were, instead, destined to succumb. The Flit was a very powerful liquid: fatal to insects, terribly damaging to men; If he was breathing, he immediately felt a burning sensation in his eyes as to the throat.
After spraying, he ran to the door hoping that the fluffy brother had not closed the door for jokes, because little was enough to make the end of the belly fly pour into the ground. Used for years, he provided sleep peace but disappeared from business when he witnessed his health hazard. Today when, rarely, the Flit emerges in memories, you are certain that somewhere in the world, and in Modica in particular, an old man smiles in the past.

swing of memory: MA CHI CARISTI NDA NACA ABBIENTU?
100 BRIULA TREES: WHEN THE BREAD OF THE HOUSE IS CONTAINED WITH A PIZZIC OF … GELOSIS