THE CARRY WAS PASSED AND THAT MAN WRITTED: “CU HA SBACANTARI?” 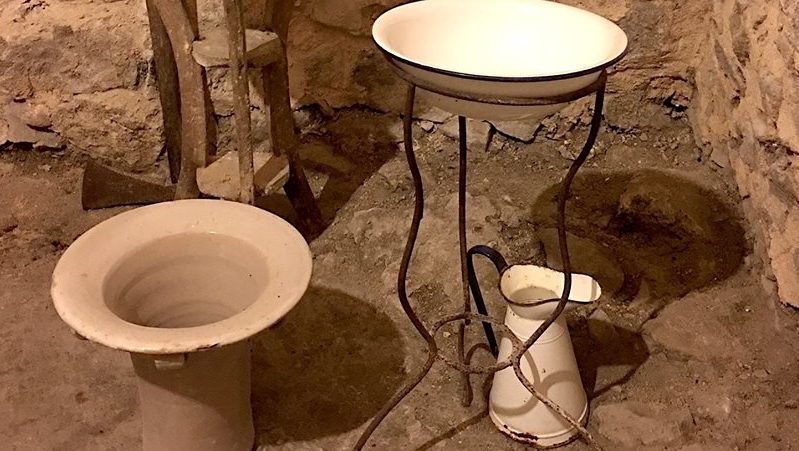 Until the ’40s the bathroom did not exist. Have you ever wondered at the time, how was it organized at the time of “need”? When flushing and exhaust systems were mere science fiction, in the bedrooms he made his entrance ‘u cantaru or catusu. In cantar, for those who had never heard of it, he is the open man of the family of the toilets. Generally enamelled terracotta, it had cylindrical shape and handles to transport it more easily. Thus, the night, after it was used, was placed inside a bedside table, designed to contain “u rinali” (the orinal), in order to avoid the odorous odors spreading at home. Emptying these containers was a simple campaign in the country where it was enough to pour everything on the ground, or at sea. But what was happening in the country? Certainly they could not hold the basin for long periods inside the house because, in summer, the flies and the warmth would make the environment invisible. Then the man did his best. Instantly, at the first lights of dawn, alleys and traps, a lord passed by a special cart that housed a sort of trapdoor, and the same “wobbly”, or yelling loudly, to announce his coming: ” Cu has gossips? ”

The story is interrupted here, but continues to the Museum of Arms once. Vagghila, carriage wagon, pitcher, singer and rhino are just a few of the countless items you can discover along with new exciting stories and amazing anecdotes tied to the traditions of the Iblean Territory. We look forward to writing together a better present that nourishes the wisdom of our ancestors.

The epic of the “Pupa”. Sweet dreams of love between beds and “cantarani”
swing of memory: MA CHI CARISTI NDA NACA ABBIENTU?