The epic of the “Pupa”. Sweet dreams of love between beds and “cantarani” 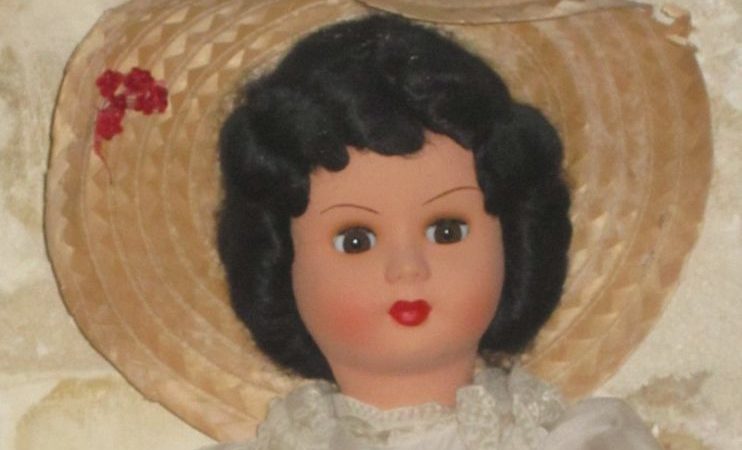 Great relief in the furnishings of the bedroom once had the “pupa”; It is a beautiful doll, often with the features of the nineteenth-century damines, which lay comfortably on the bed, among soft pillows, lace, center and cleverly embroidered linens.
The tradition of the pupa was of popular origin, equally widespread in the North as well as in the South. From the French poupée, the pupa was not a game, but a trophy to go proud of.

It is said, in fact, that giving up a puppy at the moment represents the greatest promise of love. It was the gift offered by a boy (or his family) to the chosen one, the lucky girlfriend and future bride. Normally, at the time of the engagement, it happened that the girl would accept the present plea, put her in the room with her face facing the door, announce the upcoming wedding, and watch it without hiding jealousy because the pupa represented the auspicious Of fertility, “having so many beautiful children like the pupa”, to be preserved by eyes, envy, and prying eyes.

Despite the jealousy, when the girls saw a doll on the bed, curious, they could not help but touch, admire, dissect, contend. Not least the kids, whose curiosity was focused on what was under the skirt, overcome the barriers of underwear and panties. Birichins and curious, they began their journey of initiation to the discovery of the female universe, for many until then unknown. It always ended that the owner of the pupa was angry with the molesters and, unknowingly, to remove the precious game from his hands and save the pupa obtained by sacrifice, put it on the “cantarano” between jewelery and hand-worked centers. From here the origin of the “pupa di cantarano”, to refer to a beautiful indolent girl who does not want to do the other will, the one who unjustly stands on the pedestal.

But love is love, a dream that throbs at all, even to the mourners. Thus, in the second half of the 1950s, even in the Ibleans, uncommonly some less fortunate gentlemen but long-haired were willing to barter keratin beads in order to receive in return the dreamy dolls that pedestrians came from abroad selling around the countries. It does not matter if it lacks the raw material: a doll in the bedroom was a way to silence the chatter of near, disrespectful, curious and naughty showing that he had finally a romantic (as imaginary) engagement going on.

The dolls on the bed, by now, are a distant memory but still have a wonderful meaning. If you want to preserve the memory from oblivion, handing over the story.

Tags: doll, toys
A woman’s face on irons once
THE CARRY WAS PASSED AND THAT MAN WRITTED: “CU HA SBACANTARI?”